Reconnecting with Charlie Bradshaw, Class of 2011

We recently connected with Charlie Bradshaw from the Class of 2011 and asked him a couple of questions about his life and his memories of MRC. 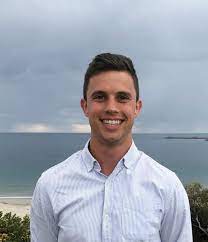 What did you do after finishing MRC?

After finishing Year 12 at MRC, I stayed at the College for a year as the first ever Sports Trainee at Mercy.  I worked closely with the Sport Coordinator to help manage sporting events and school camps.  After that, I attended RMIT in Bundoora to complete a three-year Bachelor of Health Science degree, and a two-year Bachelor of Health Science in Applied Chiropractic.

What have you been up to lately?

I was lucky to live at the Latrobe residence whilst studying at RMIT.  This allowed me to meet people whilst living on ‘Res’ and meet people in my chiropractic course, creating many connections and lifelong friendships.  I was the President of RMIT Sports Chiropractic Group, where we organised a charity football game that raised money for Beyond Blue.

Whilst studying in Melbourne, I played footy at Macleod in NFL, as well at Camperdown and South Warrnambool after university.

I started my own Chiropractic Clinic, Bradshaw Chiropractic, in September of 2020, operating from Hamilton a couple of days a week.

How did learning at MRC define your career pathway?

The teaching staff at Mercy were extremely supportive in allowing me to change some subjects heading into Year 12.  This allowed me to apply for Chiropractic and Health Science studies, which eventually led to a job that I now love.  Without the teachers’ encouragement and support I probably wouldn’t have had the confidence to change my subjects before Year 12.

What is your favourite memory from your time at MRC?

Easily a combination of Year 12 retreat and Graduation!

We wish Charlie the best of luck in his future endeavours.