As we gather today, Mercy Regional College acknowledges the Traditional Custodians of this beautiful country we walk upon, live upon, learn upon, the Djargurd Wurrung and Kirrae Whurrung peoples of the Eastern Maar nation. We pay our deepest respects to the Elders past, present and emerging, for they hold the memories, the tradition, the culture and identity of the Indigenous peoples of Australia.

Mercy Regional College acknowledges that the land on which we educate our young people today at our McAuley Campus in Camperdown and our O’Keeffe Campus in Noorat is the land of the traditional custodians, the Djargurd Wurrung and the Kirrae Whurrung peoples of the Eastern Maar Nation.

Learning at Mercy Regional College includes meaningful opportunities for students to learn about Aboriginal and Torres Strait Islander histories and cultures which are the oldest, continuous cultures in the world, having existed in Australia for at least 50,000 years. The knowledge and skills that students develop about Aboriginal and Torres Strait Islanders histories and cultures have a particular and enduring importance and assists students to understand the uniqueness of these cultures and the wisdom and knowledge embedded in them.

We express our gratitude in the sharing of this land, our sorrow for the personal, spiritual and cultural costs of that sharing and our hope that as a Mercy community we may walk forward together with the Djargurd Wurrung and Kirrae Whurrung peoples of the Eastern Maar nation in harmony and in the spirit of healing. 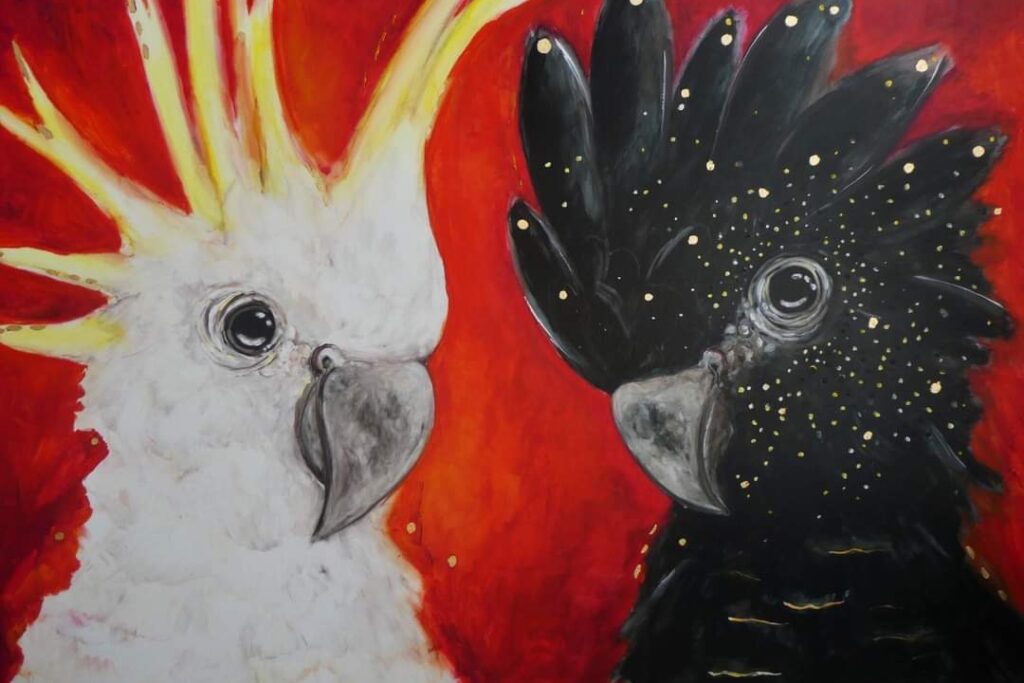 "Neville and Nadia" cockatoo painting at the O'Keeffe Library 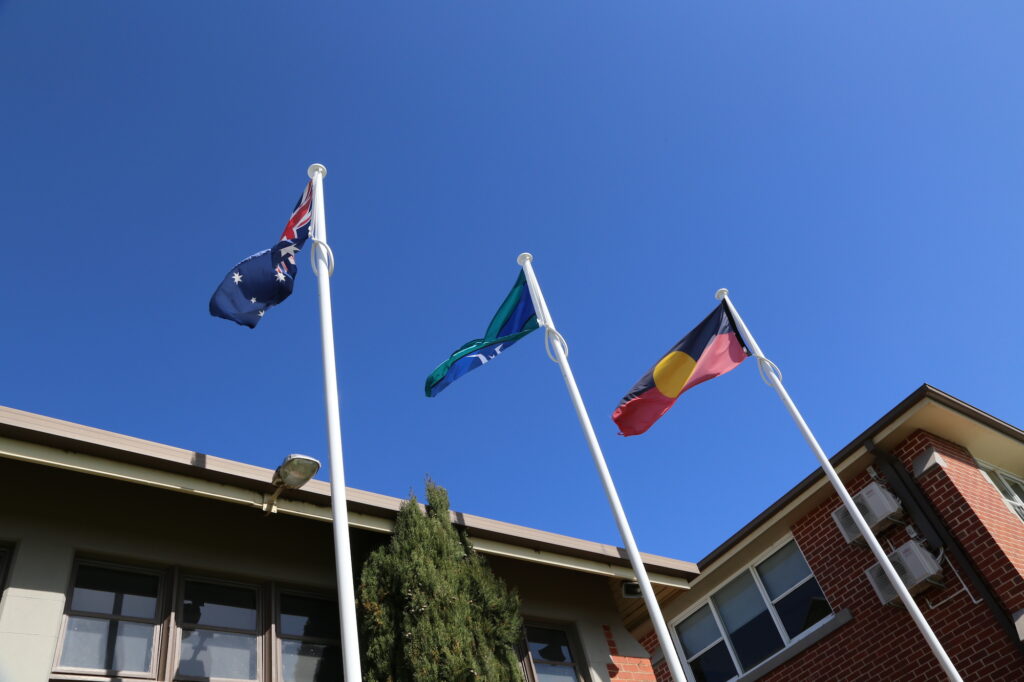 Flags at the McAuley Campus 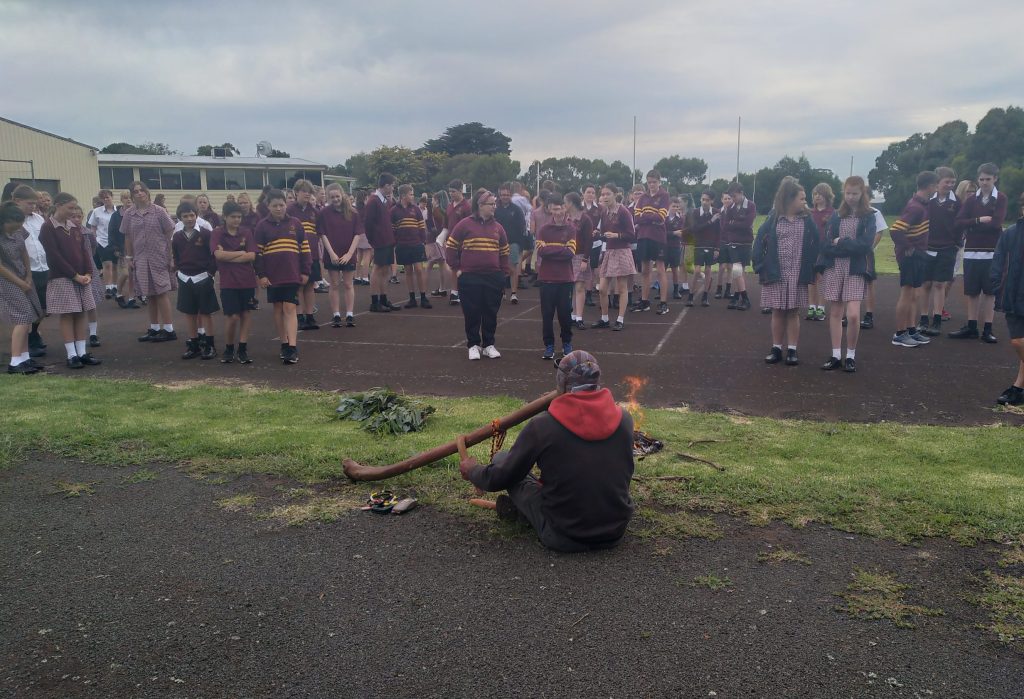